Article of www.theverge.com: One of the main promises Apple is making with its new 16-inch MacBook Pro is that the keyboard — after years of easily broken butterfly-switch mechanisms — is finally switching back to the more reliable scissor-style switches it’s used in the past. And iFixit’s teardown of the new laptop confirms that promise, with Apple using scissor switches that appear to be virtually identical the ones it uses in its Magic Keyboards, first introduced in 2015. 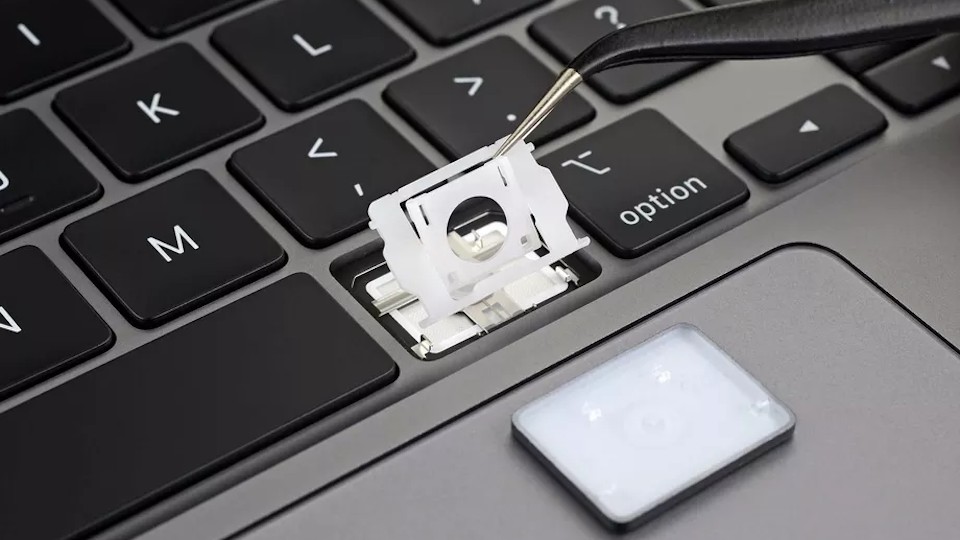 The switches on the 16-inch MacBook Pro are so similar to the standalone keyboard, in fact, that iFixit’s report says that keys are interchangeable between the two products. The change comes after a long, multiyear debate between Apple and customers over the butterfly switches, causing Apple to revamp the mechanism multiple times to block debris and add extra strength. Apple was also forced to acknowledge that the keyboards were problematic, and offered an extended warranty program for those laptops.

Per iFixit, the new keys also have more travel when you press them (about 0.5 mm more), and the keycaps themselves are about 0.2 mm thicker compared to the much-maligned butterfly switches. The teardown also notes that the clips that attach the keycaps to the switches appear to be more reinforced to make it easier to remove or replace them down the line.

All of this is good news that confirms what many have thought since Apple first introduced the butterfly switches in 2015: there was nothing wrong with the old scissor switches in the first place. As the saying goes, if it ain’t broke, don’t fix it.