How This Weird Little Keyboard Is Making Me Better at Typing

Article of gearpatrol.com: Every day at work, I sit down at my desk and type hundreds, sometimes thousands, of words. I do it for a living. But that hasn’t saved me from being a lousy typist. I’m not slow. I certainly don’t hunt and peck. But I am sloppy as all get out. I let my hands carelessly flail over the keys, with overall top-speed hindered by lousy form and less than stellar accuracy, overworking a few fingers while letting others go underused. It’s OK though! I catch all, well most, well… some of the typos! But now, thanks to this strange grid-like keyboard called the Preonic, I’m slowly but surely improving, and I’m loving every frustrating minute of it. 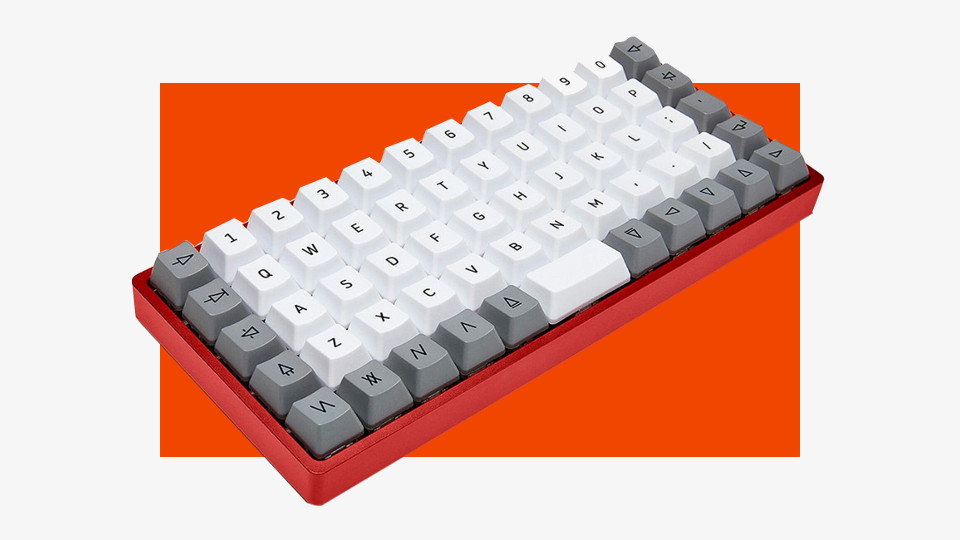 The funny thing about modern-day computer keyboards, with their staggered horizontal rows and traditional QWERTY layouts, is that they have no real reason to look the way they do. These designs aren’t intended for comfort or efficiency. These now standard characteristics were designed for typewriters, to help ensure that the metal arms that pushed inked stamps into paper would be less likely to smash into each other and jam up while you type. Computer keyboards obviously aren’t subject to the same concerns but tend to stick to tradition for its own sake.

My lovely little grid boy, the Massdrop x OLKB Preonic Mechanical Keyboard to be specific, is a nerdy variety of mechanical keyboard that uses a different layout strategy known to ergonomic geeks as “ortholinear.” Instead of needlessly staggering keys to prevent non-existent jams, an ortholinear keyboard arranges its keys so that no heavily-used key is more than one space away from the finger assigned to press it. That way, the logic goes, your fingers don’t need to move as far and so can make their movements faster, and with less stress and strain. It’s a half-measure approach to improving ergonomics versus more extreme alternatives like switching away from QWERTY entirely.

Using an ortholinear keyboard for the first time is uncanny. It’s almost like what you’re used to, so muscle memory takes over at first. But every now and then, a key is a fair bit left or right of where sloppy muscle memory says it should be. When that happens, I’m forced to stop, slow down not just to make sure I’m hitting the right key, but also that I’m hitting it with the right finger.

The first few days were rough, but over about a week my speed has improved from “slightly below average with very strange typos” back up to “just about average.” Better yet, with better form, I’m making good use of all my fingers, instead of just half of them. Better yet? I’m not spending 30 percent of my time just riding the backspace key anymore.

Sure, there are other ergonomic hacks and efficiency tricks I might still try. Some people dump QWERTY entirely for bespoke, supposedly superior layouts. But the Preonic is a fun little conversation piece of a keyboard that’s helped me up my game in a matter of a week or so (relatively) pain free.

The Massdrop x OLKB Preonic Mechanical Keyboard is currently $30 off its $170 price tag, and right now, first-time Drop buyers will get an extra $20 off. Fair warning: it comes as a kit so some assembly is required, but there’s no soldering involved so it’s no more complex than playing with Legos. The deal expires on 11/25/19, so if you’re thinking about taking the plunge, now is a great time.

Come on in, the water’s fine!

Das Keyboard Will Give $5K To The Fastest Typist On The Planet
The search for the fastest typist is back as Das Keyboard brings back the Ultimate Typing Championship in celebration of its 15th anniversary. There are a few p...